Various Gemstones have the powers of magnifying and balancing the energy centers associated with them due to colors and  vibration they release.

Although human energy field is made up of thousands of minor chakras since old ages is accepted to place most focus on seven major ones.

All of seven major chakras have specific colors that can be used to heal them, as well as specific sound vibrations.

In order to choose right  healing gemstones for chackra you are focusing one, you have to look at several stone attributes, including its energetic quality, color, and the intuitive or personal resonance you have with it. Each chakra is typically associated with several stones.  Below you will find a list of stones asociated with different chackras.

Located at the top of the head, it gives us access to higher states of consciousness as we open to what is beyond our personal preoccupations and visions. The function of the Crown chakra is driven by consciousness and gets us in touch with the universal.

Third Eye Chakra is located on the forehead, between the eyebrows, it is the center of intuition and foresight. The function of the third eye chakra is driven by the principle of openness and imagination.

Located at the center of the neck at the level of the throat, it is the passage of the energy between the lower parts of the body and the head. The function of the Throat chakra is driven by the principle of expression and communication.

Heart Chakra is located in the center of the chest. It is responsible for compassion, love, and beauty as well as maintaining balance between earthly and spiritual aspirations.

Solar Plexus chackra is located in upper part of the belly, where your diaphragm rests. It is associated with expression of will, personal power, and mental abilities.

Common location for the sacral chakra is about three inches below the navel, at the center of your lower belly.  It is associated with the emotional body, sensuality, and creativity. Its element is water and as such, its energy is characterized by flow and flexibility. The function of the sacral chakra is directed by the principle of pleasure.

First chakra also called root chakra is located at the base of the spine. Its energy is based on the earth element. It’s associated with the feeling of safety and grounding. It’s at the base of the chakra system and lays the foundation for expansion in your life. 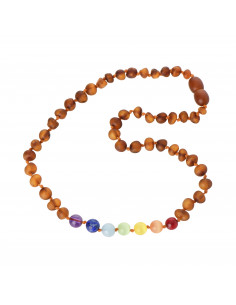 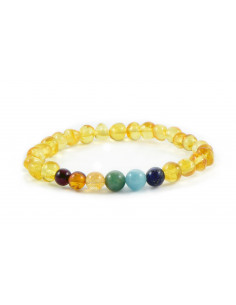 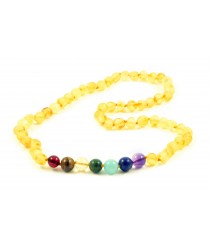